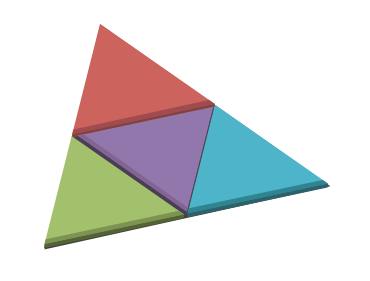 Just like scam emails and scam post, there are some very unscrupulous people out there that will call you and claim to be something that they are not such as the Tax Office, an energy supplier, phone company, a bank or the police.

They will pressure you to get your personal or bank details so that they can use them. They can be very convincing and often threaten with fines, tax bills, arrest, deportation, legal action, or to disconnect your service.

They may ask you to buy gift cards, iTunes vouchers, Bitcoin or pre-paid credit cards to pay your fine or debt. In other cases, they may request remote access to your computer and/or bank accounts to investigate an ‘issue’ or stop a transfer.

Legitimate businesses will never threaten to arrest you, or demand immediate payment of a tax debt or fine with unusual payment methods like gift cards or Bitcoin, or request remote access to your computer.

They probably have already! The Australian Competition and Consumer Commission (ACCC’s) Scamwatch agency received close to 33,000 reports of phone scams in 2017, which cost Australians over $4.7 million. Of course a majority of cases will never be reported, those in the know just ignore the call and many people who get caught out are embarrassed and may feel stupid. It’s not your fault if the scammer is doing their job well, report such activity immediately.

A call from the bank…

“They told me that someone had attempted to send $800 to the USA via my internet banking. They said I could stop it by giving them my bank ID. I explained I didn’t even have Internet Banking- they said I would receive two SMS codes which they required to stop the money from being transferred. It was all a bit rushed and they were quite aggressive when they spoke to me. They kept saying, “It’s urgent, read the codes out quickly or the money will be gone!”. I was in quite a fluster, so I gave the caller all the information they’d asked for.”

Two days later when the callee visited his local branch to withdraw some cash, he found out that $4990 had been transferred overseas. The money could not be recovered and they were out of pocket for the full amount.

When they gave the caller their bank ID, they used it to register him for Internet Banking. This triggered the first SMS code to be sent to him, which he provided to them. The second SMS code he received and gave to the caller authorised the transfer of $4990.

How to stay safe

We use cookies on our website to give you the most relevant experience by remembering your preferences and repeat visits. By clicking “Accept”, you consent to the use of ALL the cookies.
Do not sell my personal information.
Cookie SettingsAccept
Manage consent

This website uses cookies to improve your experience while you navigate through the website. Out of these, the cookies that are categorized as necessary are stored on your browser as they are essential for the working of basic functionalities of the website. We also use third-party cookies that help us analyze and understand how you use this website. These cookies will be stored in your browser only with your consent. You also have the option to opt-out of these cookies. But opting out of some of these cookies may affect your browsing experience.
Necessary Always Enabled
Necessary cookies are absolutely essential for the website to function properly. These cookies ensure basic functionalities and security features of the website, anonymously.
Functional
Functional cookies help to perform certain functionalities like sharing the content of the website on social media platforms, collect feedbacks, and other third-party features.
Performance
Performance cookies are used to understand and analyze the key performance indexes of the website which helps in delivering a better user experience for the visitors.
Analytics
Analytical cookies are used to understand how visitors interact with the website. These cookies help provide information on metrics the number of visitors, bounce rate, traffic source, etc.
Advertisement
Advertisement cookies are used to provide visitors with relevant ads and marketing campaigns. These cookies track visitors across websites and collect information to provide customized ads.
Others
Other uncategorized cookies are those that are being analyzed and have not been classified into a category as yet.
SAVE & ACCEPT